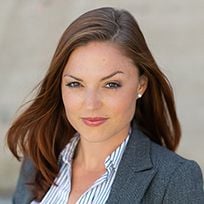 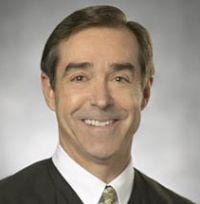 Judge Frazier presides over the Superior Court of California, County of San Diego.  Prior to his appointment to bench by The Governator in 2009, and subsequent re-elections in 2010 and 2016, Judge Frazier fine-tuned his understanding of the nuances of the law through his 26 years of hands-on learning in private practice. An avid learner with a twist of a spirit of curiosity, Judge Frazier explored many different roles before taking his seat on the bench: associate, partner, shareholder, director, mediator, arbitrator, and former President of the San Diego Inn of Court.

Today, he presides over civil cases in Department 65 which also includes a garden-variety of premises and product liability cases triggering insurance coverage. That is, when Judge Frazier isn’t maintaining a healthy and balancing life by pursuing his passions of traveling the globe with his wife and baseball (he has been to every major league stadium including 5 in Japan) as well as hiking, biking, and yoga. It was an honor to have the opportunity to meet with Judge Frazier and learn about his experiences to include in this month’s “Tips from the Bench” article.

1. What was your pathway to the bench?

Judge Frazier grew up Whittier, California, about an hour southeast of Los Angeles. After graduating from St. Paul’s High School, Judge Frazier the California State University, Fullerton, where he obtained his bachelor’s degree. Inspired by the character of Atticus Finch in Harper Lee’s “To Kill A Mocking Bird”, Judge Frazier followed his own inherent sense of discerning between right and wrong by pursuing an education which would best integrate a career with his gifts for the betterment of society. In 1982, Judge Frazier graduated with his Juris Doctorate from the University of San Diego, School of Law and immediately welcomed the challenge of the steep learning curve.

Judge Frazier began his legal career when he worked as an associate for Jones & Mullen from the time he graduated law school in 1982 until 1985. It was at Jones & Mullen where he Judge Frazier met his mentor and “role model”, for a lack of a better term.  Arthur “Art” Jones, who also loved baseball, taught Judge Frazier how to think on his feet and keep things interesting to the jury by appealing to their attraction to visual learning. Judge Frazier also grew to understand the value of the strength of one’s auditory skills; the best attorneys, as well as the best judges, know how to truly listen to their clients, witnesses, and parties.

In 1985, Art was appointed to the Superior Court bench and Judge Frazier began the next chapter in his career upon being a shareholder at Mullen, Dofflmeyer, and Frazier. In 1989, Judge Frazier turned the next page as he stepped into the role of shareholder and Director for Shifflet, Walters, Kane, & Konoske, positions he would hold for nearly a decade before becoming a partner at Walters, Frazier, Caietti, Rutan, & Lopez in 1998. The final chapter of Judge Frazier’s career in private practice began in 2000 when he opened his own practice and took on the roles of mediator and arbitrator; he also served as counsel for Dietz, Gilmore & Associates.

2. What was it like transitioning from advocate to trier-of-fact?

After 26 years in private practice and having gained experience in many different facets of the law, Judge Frazier was ready to take the bench. His experience across the spectrum, including medical malpractice and even criminal law, cultivated within him an appreciation for the nuances of the law. Towards the end of his career in private practice, he served as a mediator for about four years before his appointment to the bench. His experience enabled him to develop the skills needed to effectively rule from the bench, including the ability to take in all evidence before applying the law.

3. What advice do you have for new lawyers in general?

Judge Frazier offers practical advice for new lawyers: determine which area of law you like the best, gain as much exposure as you can, network, and be open to broadening your horizons. When assessing which areas of law resonate with you, and in the pursuit of gaining exposure, Judge Frazier recommends trying as many cases as possible for both plaintiffs and the defense; Judge Frazier himself gained experience in approximately eleven areas of law and while he represented plaintiffs 2/3 of his career, he also explored as an advocate for the defense. Hands-on learning and experience will naturally finetuning of the quality of a new lawyer’s skills. In the process of finding your career path, the more well rounded one can become, the more he or she will benefit in his or her career longterm.

When networking, meet as many people as you possible. Get involved with the bar. High recommended by Judge Frazier is the San Diego Inn of Court for which he served on the Board of Directors as President in 1990. About four years ago he was appointed as a judge. Before excelling to such Inn of Court heights, Judge Frazier first became involved as a student of in 1982 and later became a workshop leader in the early 1990’s. He is an advocate for new lawyers taking any opportunities they may have to get involved with the Inn.

4. What advice do you have for new lawyers appearing before you in court?

When appearing before any judge, Judge Frazier recommends new lawyers respect the trier-of-fact by moving on, refrain from repeating themselves, and avoiding unnecessary arguing. Lawyers should be prepared and know the rules of evidence. He emphasizes and encourages the notion of new attorneys valuing their appearance while in a court of law. Namely, chewing gum in court is often interpreted as a sign of disrespect. Moreover, clothing should err on the side of professional which includes being clean, ironed, and the top button of men’s shirts being buttoned.