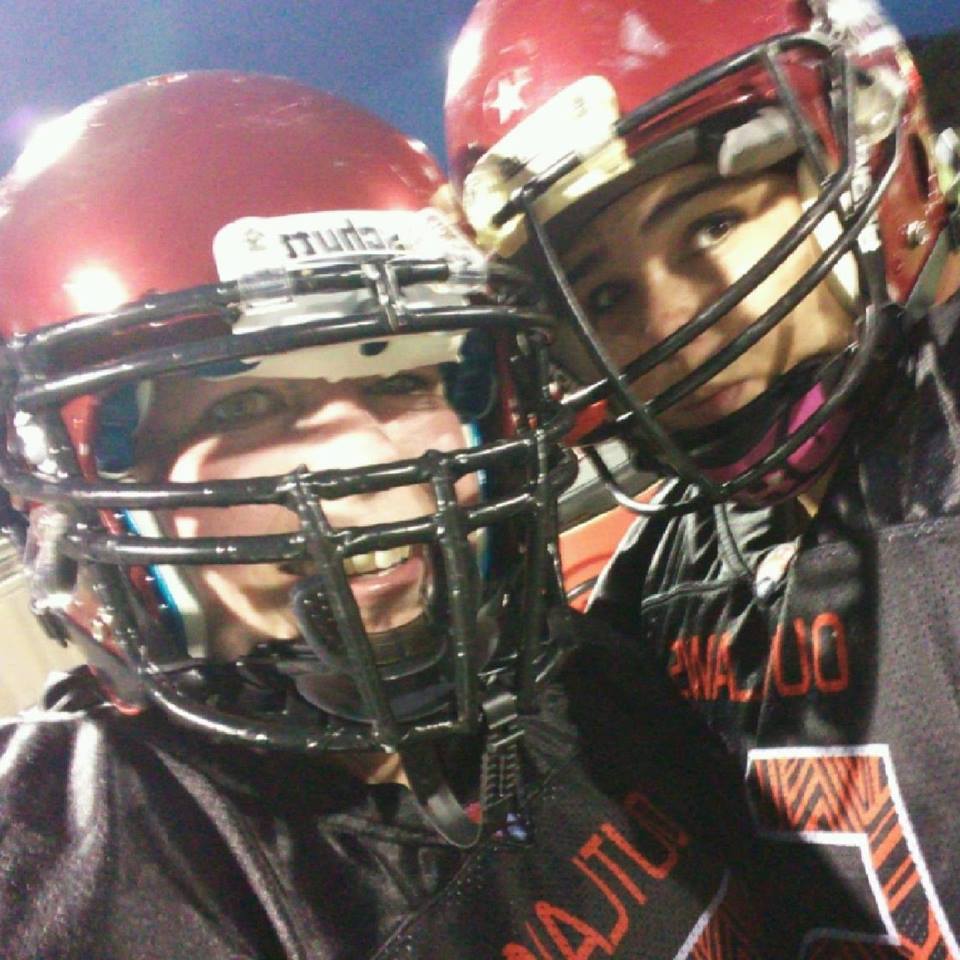 You learn who you truly are when you are tested; when you do something so completely out of your norm that your inner voice screeches, “Have you lost your mind?”

Wait, that was actually my mom not my inner voice.

At 44 years old, I stepped onto a football field as starting right guard for the Austin Outlaws, a full-contact football team in the Women’s Football Alliance. The WFA includes 60 teams nationwide in three divisions that train and recruit fulltime. They play spring and summer games that lead to playoffs and eventual national title and all-stars games.

I was easily one of the oldest players and honestly, not remotely the largest on the line. But through three-times-a-week practices and hammering technique I learned how to move people much bigger than me and how to stop scrambling defensive linemen much smaller and quicker than me.

Of course, it didn’t come without pain. At work I wore long sleeves in the Texas summer to hide bruises, which covered my upper arms. I showed neighbors my football gear when they looked sideways at my fiancé. And I took regular ice baths to soothe my screaming knees.

Along the way I met some of the strongest women I know on those fields—strong physically and stronger mentally. I met women who brought their babies in strollers to practice, who chatted about Disney trips with their toddlers, and then would rip you to the ground on drill.

And I learned that I cared about them. Crouched in a 3-point-stance you needed to get through all of my anger and protection instincts if you wanted to try to touch the young 120-lb, 26-year-old quarterback behind me.

I faced off against Jen Welter, who at the time played for the Dallas Elite and who had just been hired as a 2015 linebacker coach for the Arizona Cardinals—the first female coach in the NFL. Let’s just say Jen got past me. Many times.

I met women I never would have dreamed of meeting and did things I didn’t know I could do had I not gone to a tryout on a whim one cold November day.

But the thing of which I am most proud: I got to stand with my teammates at school events and tell young girls that you can be anything you want to be—anything—even a football player. Want to try on my helmet?

Take a chance on something new, especially if it’s scary. You may not know what you can do. 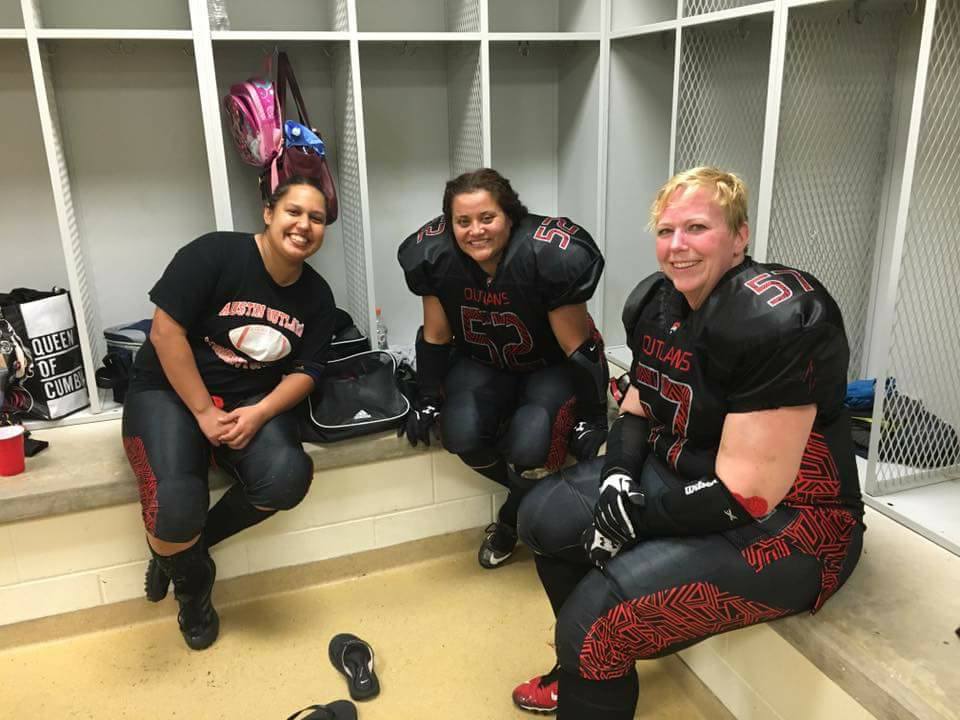