Representing a Client Adverse to a Lawyer's Own Former Employer 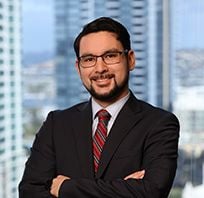 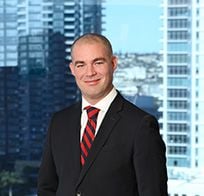 A potential client comes to a lawyer with a case against his or her former employer. The catch: the lawyer worked for the same company before passing the bar.

Is this representation ethical? Is it permissible?

In California, a “lawyer who has formerly represented a client in a matter shall not thereafter represent another person in the same or a substantially related matter in which that person’s interests are materially adverse to the interests of the former client unless the former client gives informed written consent.” (Cal. Rules of Prof. Cond., Rule 1.9.)  Further, a “lawyer shall not reveal information protected from disclosure by Business and Professions Code section 6068, subdivision (e)(1) unless the client gives informed consent, or the disclosure is permitted by paragraph (b) of this rule.” (Cal. Rules of Prof. Cond., Rule 1.6.)

Darren Richie was hired by O’Gara Coach, a luxury car dealership, to be the general manager of the Westlake Village location in September of 2013. By November of 2014 Mr. Richie was the president and chief operating officer of the company. O’Gara Coach hired Mr. Richie, in part, because he had a law degree from the University of Houston Law Center and he could assist the company understand legal issues and communicate with outside legal counsel in ongoing matters.

The first case involved a disgruntled customer who sued O’Gara Coach and senior executives of the company, including Joseph Ra and Thomas Wu, for fraud, conversion, and unfair business practices. Mr. Ra filed a cross-complaint against O’Gara Coach seeking indemnity from his former employer. The cross-complaint also raised affirmative claims for defamation and intentional interference with contractual relations because of O’Gara Coach’s allegations that Mr. Ra stole cars, stole money, and ran an unauthorized rental business with the company’s vehicles.

The appellate court reversed the trial court’s order finding disqualification appropriate. Even though Mr. Richie was not an attorney during his tenure with O’Gara Coach, he helped outside counsel handle legal matters, including an internal investigation into Mr. Ra’s allegedly fraudulent conduct. The court reasoned that the communications between outside counsel and Mr. Richie were protected by the attorney-client privilege, and that O’Gara Coach itself held the right to assert this privilege. Richie Litigation was disqualified from representing Mr. Ra because there was no showing that Mr. Richie had been properly screened to prevent the misuse of protected information.

Richie Litigation then represented Thomas Wu, another former employee of O’Gara Coach, in a case alleging racial discrimination, wrongful termination, and other employment-based causes of action. This trial court granted O’Gara Coach’s motion to disqualify Richie Litigation, noting that Mr. Richie had been involved in formulating and implementing the anti-harassment policies at O’Gara Coach, which likely involved privileged communications with outside counsel. The trial court was also concerned that Mr. Richie would be called to testify about these policies.

On appeal, the court reversed the disqualification, distinguishing the result in O’Gara Coach v. Ra, supra. Unlike in the Ra case, there was no evidence that Mr. Richie possessed or disseminated any confidential information concerning the discrimination or harassment claims at issue. Mr. Richie’s general understanding of O’Gara Coach’s business practices or litigation philosophies was insufficient to justify disqualification. The threat of Mr. Richie testifying was also insufficient given the recent update to Rule 3.7. [“A lawyer may act as advocate in a trial in which another lawyer in the lawyer's firm is likely to be called as a witness unless precluded from doing so by rule 1.7 or rule 1.9.”.]

O’Gara Coach also filed a lawsuit against Mr. Richie seeking an injunction to preclude him from representing clients adverse to O’Gara Coach and for equitable relief arising from the misappropriation of trade secrets, which is still pending in Superior Court. (Los Angeles Superior Court Case No. BC683108).

Future motions to disqualify attorneys who previously worked, as non-attorneys, for an adverse party will turn on the factual determinations of: (1) the scope of information acquired during employment; (2) if that information was confidential; and (3) the relationship between that confidential information and the current litigation.

The unauthorized use of previously acquired confidential information has potential ethical and practical ramifications. Even in cases like Wu and Lorea, where the representation was allowed, one should consider whether such foreseeable disputes are in the best interest of the client and the firm. All three cases required appeals early in the litigation, likely causing delays and added expenses.

Beyond the pragmatism of avoiding motions to disqualify, a careful and prudent attorney should recognize the potential ethical consequence of using, or misusing, previously acquired sensitive information. The above cases show that there is a line which can be skirted when representing a former colleague against a former employer.

Even then, “[t]he important right to counsel of one's choice must yield to ethical considerations that affect the fundamental principles of our judicial process.” (O'Gara Coach Co., LLC v. Ra, supra, 30 Cal.App.5th 1115, 1124 [quoting People ex rel. Dept. of Corporations v. SpeeDee Oil Change Systems, Inc. (1999) 20 Cal.4th 1135, 1145].) A lawyer should consider if it would be fundamentally unfair to use what he or she learned from a former employer, and whether it is prudent to take on a case that would force the lawyer to defend his or her ethical obligations at all.